A behavioural science understanding of ‘consumer utility’ and ‘costs’

The Ultimatum Game theory shows that it is rather difficult for brands to influence decisions by simply applying short term tactics, for example, sales promotion and bargains. And experiments have long demonstrated that the consumer’s perceived fairness out of potential transactions doesn’t only stem from material gains, for instance the money saved in a sales promotion case, but rather non-financial elements such as time wasted, mental effort and physical effort which feed into the perception of a ‘fair’ psychological utility.

From a practical shopper perspective this means that a long queue, untrained staff, rude customer service, or a website that isn’t user friendly all affect the human ego and in turn consumer satisfaction, regardless of the financial value saved.

It is therefore vital for brands to understand that irrational human behaviour often takes over possible financial benefits, in the same way that financial gains in the ultimatum game are overlooked when the human ego is affected.

A simple example relates to the perceived increased physical efforts within markets where e-commerce is increasingly thriving. As a result of the physical convenience that stems from e-commerce, such as shopping from one’s couch, visiting a physical store made from brick and mortar could be perceived as an increasingly painful journey, regardless of prices offered in-store. Therefore, when valuing comfort and safety, one would rather pay a slightly higher price and pass on promotions than go to a physical store.

Similarly, time waste is reduced through e-commerce, as looking up choices is readily available and the time spent searching in-store for tangible products is eliminated. Furthermore the time spent making the journey to the store is also eliminated, which can also be perceived as wasted time, especially if the customer goes away empty handed.

However, brands that don’t possess the infrastructure to deliver on a satisfying e-commerce experience, for example by misplacing items, delivering the wrong parcels or taking a painfully long time to deliver, are too at risk of being taken out of a consumer’s consideration set in future decision making as the increased mental effort outweighs the promotion, no matter how good it is.

This might happen for several reasons; for instance businesses are either not ready for the digital transformation they longed for, they do not see the benefit in investing in their e-commerce platform, or often perceive their shoppers as being tempted to purchase any promotional offer which results in a lack of a seamless experience due to a strong, yet unsustainable focus on lower costs.

Such problematic situations and a constant focus on prices will affect a consumer’s perception towards their overall psychological utility, which in turns will affect consumer satisfaction.

Through deeply exploring the ultimatum game and similar behavioural science experiments, we can deduce that satisfaction relates to a decision maker’s overall psychological utility and the contextual elements that they subconsciously value most to increase the latter; not just financial elements. This is sadly still overlooked by many businesses and a large number of companies still reinforce the traditional economics view on humans, therefore often disregarding that a long-term relationship with consumers is built on more than cost.

The overall benefit that a consumer receives is also related to overcoming physical, mental or time hurdles, which are too classified as ‘costs’. Therefore, at every single consumer-brand interaction, businesses should strive to reduce the opportunity for these barriers and instead increase perceived fairness from transactions.

This comes by understanding their audience; from their expectations of the brand to their passion in life, which is more important than ever as we now live in a world where consumers are increasingly busy and are constantly bombarded with alternatives and therefore have greater bargaining power.

Therefore in order to deliver fair utility to the consumer and build a sustainable brand, it is essential for marketers to let go of the short-term sales mindset when approaching consumers and instead, gain more visibility on the deeply-rooted behaviour of their core target group(s) and the factors that they value most to increase their psychological utility when adopting a product or service.

Identifying and understanding a key target group means bringing the brand closer to humans by unveiling barriers for adoption, dissecting what makes people tick and connect, as well as recognising what cost (financial, physical, mental and time) their impulsive ego wants to reduce most across different touchpoints.

Finally, it is also essential to understand the market(s) that the brand operates in. Naturally, the extent to which the human ego is affected by a brand’s unsatisfactory proposition fluctuates from culture to culture. Social psychologist Geert Hofstede coined the term ‘Power Distance’ to suggest that each culture has its own perceived level of fairness, which in turns shows that consumers in some cultures don’t see specific elements as ‘unfair’ as much as other cultures, but rather as ‘the norm’.

By exploring the ultimatum game cross-culturally, it shows that nations with a higher acceptance for power are less likely to reject small sums because their perception of a ‘small sum’ and ‘what is fair’ is different to that of more developed countries. The West is likely to have lower power distance than Eastern cultures and hence a greater tendency to want to punish someone for offering an unfair sum.

This is translated in the understanding that some cultures have a higher degree of accepting unfair offers and brand propositions, e.g. low quality of service, long drive from home, rude staff etc., compared to other cultures simply because of the infrastructure, the smaller number of alternatives and the reference points that they are accustomed to. For instance, in cultures where e-commerce is prominent, there is an increased pressure on retailers and staff to provide a smooth and connected in-store experience to make up for missing convenience factors such as shopping from your couch.

However, in cultures where e-commerce isn’t as developed, there is a much bigger tendency for the consumer to accept a draining and lengthy in-store experience without a mechanical desire to punish the brand or boycott the store. This is because the convenience of e-commerce is not embedded as a reference point in the consumer’s mind and they possess fewer alternatives available to answer their need; thus less bargaining power.

Understanding the cultural nuances and key target opportunities in the different markets that a brand operates in – or desires to expand within – is therefore fundamental to cleverly create, adapt and reinforce perceived value.

As behavioural science experts, we go back to the core of human nature to shed light on the factors that would tremendously impact consumer-brand relationships. By thinking people we are able to overlay, and sometimes even take out, the business-oriented layers that turn consumers into general facts and figures and rather re-humanize them.

This deep understanding of human behaviour is how all ambitious brands should envision growth and nurture their sustainable vision. It brings to life unique elements that would reinforce a long-lasting connection with people that seek added-value from their interaction with them and, in a similar logic, create an understanding of the weakest factors or threats to a brand, those that would feed into decreasing a consumer’s psychological utility. 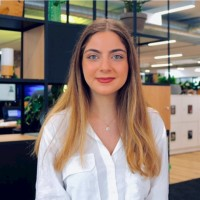 Lea Karam is a strategic marketer that adopted a core focus on consumer behaviour and strategy as a result of being drawn to behavioural science and out-of-the-box thinking. A curious brand scientist that strives on purpose, innovation and exciting challenge, she had previously worked as a Strategist in Dubai after which completed a Master’s of Science in Strategic Marketing at Imperial College London, where she graduated in the top 10% of her competitive program.